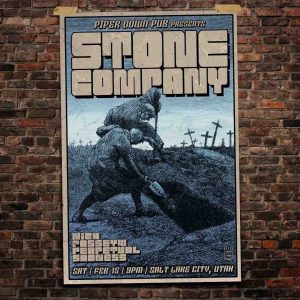 Born in Texas, educated in Kentucky and refined in Louisiana, Jonathan Stone is a multi-instrumentalist musician and vocalist who has played music in almost every state in the US. Trained in choir at an early age, Stone excelled musically. He grew up in a musical family as his father is a blues piano player. Picking up his first instrument at 15, he was quickly sought after in the musical community of Houston. Throughout college years in Kentucky, Jonathan began playing many times a week while learning native Appalachian music and learning to compose music. Also in Kentucky, he began his studies of the violin. In 2008, Stone moved to southern Louisiana where he began playing with local musicians. They formed a national touring band where he was a featured singer, mandolinist, and violinist. Blending rock, gypsy, folk, blues and jazz – the group toured the continental United States and recorded two albums of original music. At the end of his Louisiana tenure, Stone collaborated with grammy nominated musician Cedric Watson. The two formed an old timey harmony group featuring fiddle and banjo. These experiences have all shaped Jon’s current repertoire which he describes as multiple genres of folk music. Currently focusing on acoustic music, Stone is known for playing mandolin, violin, guitar, and banjo (or whatever instrument he can get his hands on) at any gig – all while serenading the crowd for an intimate musical experience. No civer charge 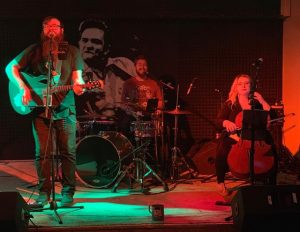 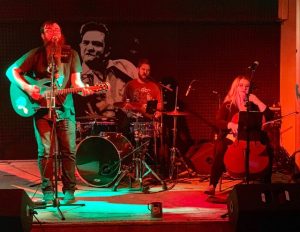 Nick Passey and the Perpetual Sadness 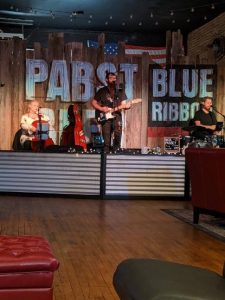 Show starts at 9pm. 21+ $5 Salt Lake City’s ultimate Americana/Folk trio, Nick Passey and the Perpetual Sadness, consists of Nick Passey on vocals and guitar, Kaitlin Findlay on cello, and Curtis Stahl on drums. Formed in 2017, this group was developed by Passey in hopes to expand the constant flow of new music he was creating. The live performance of these songs hold a resemblance to the studio versions with Stahl not only doing percussion but backup vocals as well. The light brush crashes with vocally-harmonized choruses truly complete the sound of this project, giving the audience a chance to see Nick Passey and the Perpetual Sadness in the fullest form. 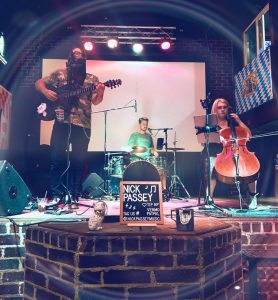 Join us for a night of great music by Nick Passey & The Perpetual Sadness! Show starts at 9pm.21+ $7