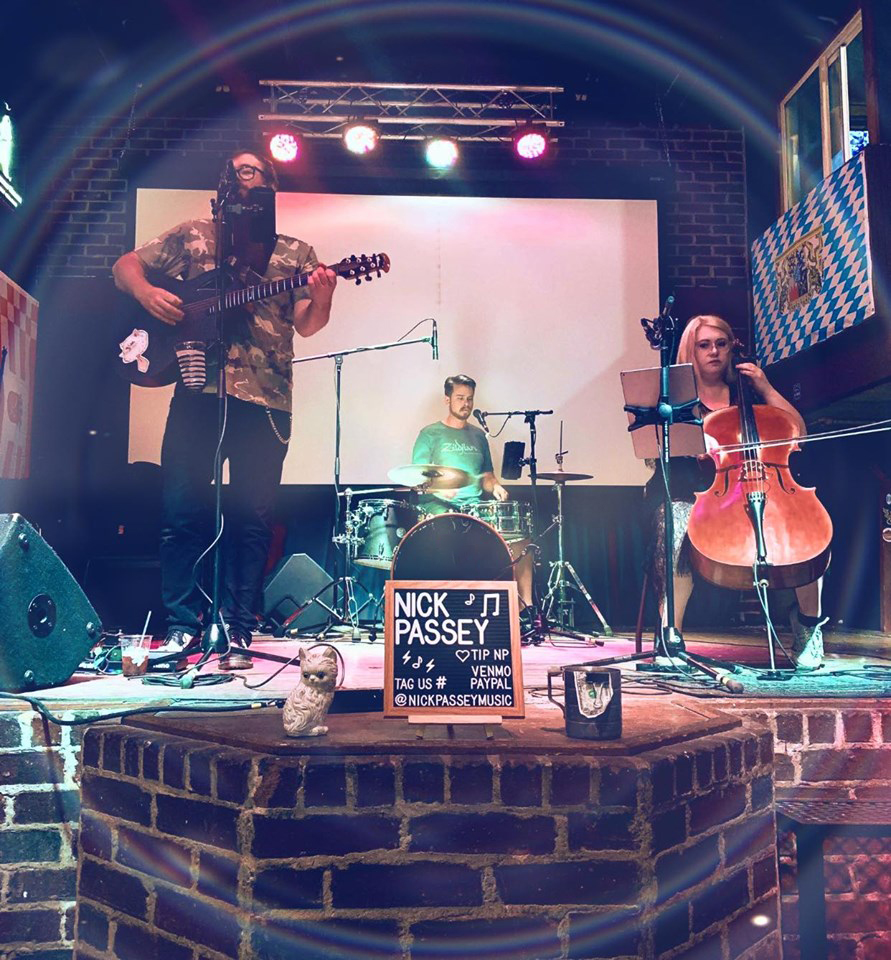 Salt Lake City’s ultimate Americana/Folk trio, Nick Passey and the Perpetual Sadness, consists of Nick Passey on vocals and guitar, Kaitlin Findlay on cello, and Curtis Stahl on drums. Formed in 2017, this group was developed by Passey in hopes to expand the constant flow of new music he was creating. The live performance of these songs hold a resemblance to the studio versions with Stahl not only doing percussion but backup vocals as well. The light brush crashes with vocally-harmonized choruses truly complete the sound of this project, giving the audience a chance to see Nick Passey and the Perpetual Sadness in the fullest form.