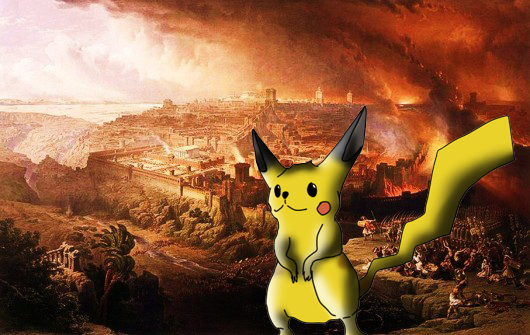 “It started with a simple game and ended with fire-breathing demons and mass hysteria.” says local pokéist.

Dozens of game players have reportedly burst into flames since the initial launch of the game earlier this week. First, it started with the monetary collapse, then it led to hospitals and systems of government failing. Some took cover in their shelters but others took to the street to hatch eggs found at nearby Pokéstops.

So how do you get started with this new game? Simply download the app and start walking.