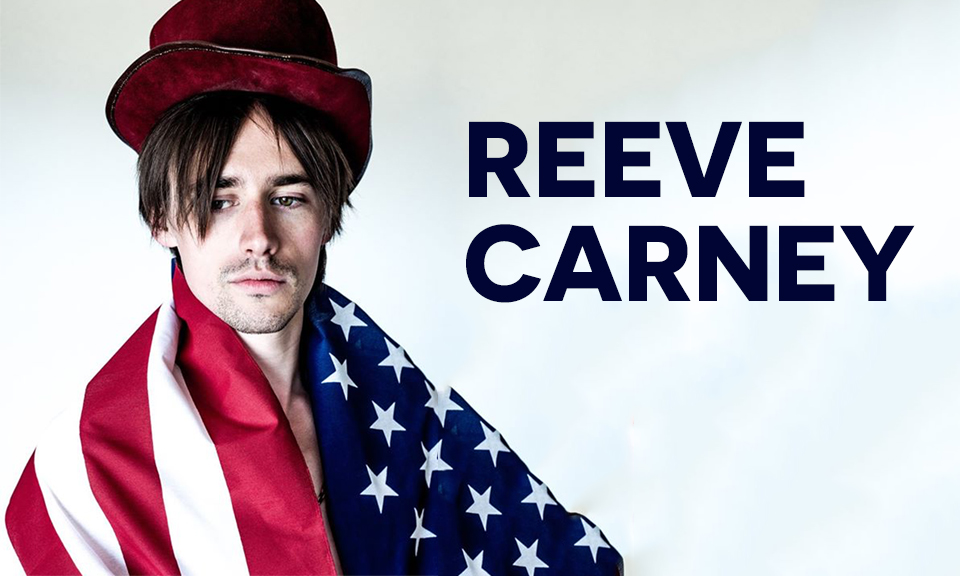 REEVE CARNEY will next be seen as ‘Riff Raff’ in the upcoming remake of Rocky Horror Picture Show on FOX. He can currently be seen in Showtime’s series Penny Dreadful as Dorian Gray.
He originated the role of Peter Parker/Spider-Man in the smash Broadway production Spider-Man Turn Off the Dark. Handpicked by director Julie Taymor, with the chance to perform music by U2’s Bono and The Edge, Reeve found himself with a mentorship any young singer would cut a deal with the devil to get. “Reeve was everything we could have hoped for: an amazing voice and a truly charismatic presence,” says Bono. Reeve also fronts the rock band Carney, whose debut album Mr. Green Vol. 1 is out on DAS Label/Interscope. To call them a “new artist” would betray the full- stride breadth of their abilities as songwriters and performers. Carney has built a big tent to which all are invited. His debut solo album will be released in October of 2016.